As part of a blog tour, I am interviewing the authors and the editor/anthologist involved in the project anthology, Corvidae. Published through World Weaver Press. This will post as I am on vacation….Today I launch with the Pulbisher: Rhonda Parrish.

A flock of shiny stories!

Associated with life and death, disease and luck, corvids have long captured mankind’s attention, showing up in mythology as the companions or manifestations of deities, and starring in stories from Aesop to Poe and beyond.

In Corvidae birds are born of blood and pain, trickster ravens live up to their names, magpies take human form, blue jays battle evil forces, and choughs become prisoners of war. These stories will take you to the Great War, research facilities, frozen mountaintops, steam-powered worlds, remote forest homes, and deep into fairy tales. One thing is for certain, after reading this anthology, you’ll never look the same way at the corvid outside your window.

“A Murder of Crows” by Jane Yolen

“Whistles and Trills” by Kat Otis

“The Valravn” by Megan Fennell

“A Mischief of Seven” by Leslie Van Zwol

“The Rookery of Sainte-Mère-Église” by Tim Deal

“The Cruelest Team Will Win” by Mike Allen

“Raven No More” by Adria Laycraft

“The Tell-Tale Heart of Existence” by Michael M. Rader

“Flying the Coop” by M.L.D. Curelas

“Postcards from the Abyss” by Jane Yolen

“Seven for a Secret” by Megan Engelhardt 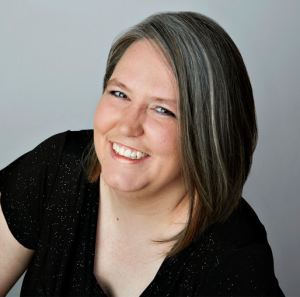 Rhonda Parrish is driven by a desire to do All The Things. She has been the publisher and editor-in-chief of Niteblade Magazine for nearly eight years now (which is like forever in internet time) and is the editor of several anthologies including Fae and B is for Broken. In addition, Rhonda is a writer whose work has been in dozens of publications like Tesseracts 17: Speculating Canada from Coast to Coast, Imaginarium: The Best Canadian Speculative Writing (2012) and Mythic Delirium. Her website, updated weekly, is at rhondaparrish.com.

Sharing stories. I really like creating characters and scenarios and worlds and then sharing them with other people. It’s even better when the people I’m sharing with enjoy the story as much as I did and tell me so–I am not without an ego LOL

What do you enjoy most about editing?

I love coming up with a theme and then seeing all the amazing ways writers explore that theme. They always, always, always come up with things I never would have ever dreamed of. I also really enjoy working with writers to help make their amazing stories even stronger. It’s incredibly fulfilling to have someone trust you with their work and walk away feeling as though you not only justified that trust, but helped them make the story better. I will never get tired of that.

Is there one subject you would never write about as an author? What is it?

What book are you reading now?

I just finished At the Water’s Edge: A Novel by Sara Gruen which was well-written and kept me up late turning the pages, and began reading The Toyminator by Robert Rankin. The Toyminator is the sequel to The Hollow Chocolate Bunnies of the Apocalypse which I really liked so I have high expectations for it J

Absolutely. Writing and editing both, actually. Happily for me they work very well together and each feeds the other. What I mean is being an editor has definitely improved my writing, and being a writer has helped me as an editor. Win/win. If only I could turn off my inner editor while I’m writing first drafts…

Do you nibble as you write? If so what’s your favorite snack food?

Mostly I drink, and not what you’re thinking either LOL While I’m happy to indulge in an alcoholic drink or three sometimes in the evening I never drink alcohol when I’m writing. I don’t have a moral objection to it or anything, mostly the timelines don’t line up. Alcohol is an ‘in the evening’ thing and writing is a ‘during the day’ thing. However, when I’m writing there’s usually a Diet Dr. Pepper within reach or, if my focus has been especially lacking, sometimes a Red Bull.

Where do you see yourself in ten years?

Probably right here… though hopefully with a few more titles on my ego shelf LOL I don’t know if I’ll still be editing Rhonda Parrish’s Magical Menageries anthology series ten years from now (though you never know LOL) but I’d definitely still like to be both writing and editing. Bonus marks for myself if I’ve got a couple/few novels out as well J

Is there anything you find particularly challenging in your writing?

The first draft. Seriously. Oftentimes I get so twisted up in my own head that I become paralyzed and don’t write anything. It’s a serious problem. I’ve found tools for working around it and my strategy is basically ‘Do whatever you need to to get the words on the page’ but still… first drafts kick my butt every time.

What is your favorite book?

My favourite books (this week) are The Last Unicorn by Peter S. Beagle and The Ocean at the End of the Lane by Neil Gaiman but there are so many beautifully-written books and stories out there.

Why an anthology about corvids?

I’ve always loved corvids, their intelligence, beauty, playfulness… Once upon a time I wanted to write a single author collection of corvid stories but as time went on and I realised how many other people shared my love of all things corvidae I thought it would be even cooler to make an anthology.

Scarecrows go with corvids like butter goes with popcorn. How could I not have a companion anthology to go with the corvidae? Besides, I’ve got a great deal of love for scarecrows–they hit exactly the right spot on the uncanny spectrum for me.

What genre is your next project? What is it about?

My next title in this anthology series is going to be Sirens (opening to submissions August 15th). Like the other anthologies in this series it will be speculative fiction, probably leaning closer to fantasy than science fiction given the subject matter, but you never know…

“Smart and dark like the corvids themselves, this excellent collection of stories and poems will bring you a murder of chills, a tiding of intrigue, a band of the fantastic, and—most of all—an unkindness of sleepy mornings after you’ve stayed up too late reading it!”

“Magic and corvids collide in this certain to intrigue anthology.”

— Joshua Klein, hacker and inventor of the crow vending machine

“A creepy, crazy kaleidoscope of corvids, Corvidae is what happens when you bring together ingenious writers and sagacious subjects. It’s nothing short of a thrill ride when this anthology takes flight.”

“As sparkling and varied as a corvid’s hoard of treasures, Corvidae is by turns playful and somber, menacing and mischievous. From fairy tale to steampunk adventure, from field of war to scene of crime, these magical birds will take you to places beyond your wildest imaginings.”

“Corvidae evokes the majesty and mischief of corvid mythologies worldwide—and beyond our world—in a collection that is fresh and thoroughly enjoyable.”

“Delightfully refreshing! I should have known that editor Parrish (who also edits the cutting edge horror zine, Niteblade) would want to offer something quite unique. I found it difficult to stop reading as one story ended and another began – all fantastic work by gifted writers. Not for the faint of heart, by any means.”

“Stories of magical beings and the humans they encounter will enthrall and enlighten the reader about both the mundane and the otherworldly. I devoured it.”

— Kate Wolford, editor of Beyond the Glass Slipper, editor and publisher of Enchanted Conversation: A Fairy Tale Magazine

“Seventeen tales… range in feel from horror to upbeat tales about homes where things go right, and are set everywhere from the modern day to mythical fantasy pasts. The best of these stories evoke things from real life – loves and values – and show characters making hard choices that reveal who they are and what they’re made of.”

“There’s no Disney-esque flutter and glitter to be found here — but there are chills and thrills aplenty.”

— Mike Allen, author of Unseaming and editor of Clockwork Phoenix

Authors to look out for are: