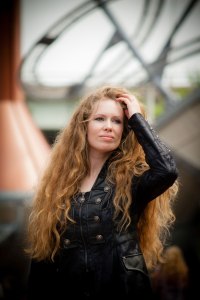 Is “Sanctuary” based on someone you know, or events in your own life?

Sort of. My day job is animal training, and I was at a major behavior & training conference where a colleague (the fantastic Ken Ramirez) shared his progress in exploring counting in dogs. He had some pretty cool work going (and it’s gotten even more amazing since).

That night at dinner I sat next to Ken, and I told him he’d given me a short story idea. We laughed over it, and ultimately that wasn’t the direction the story went, but that’s where it started.

Is this your first time writing about corvids and/or scarecrows?

I… I don’t even know how to answer this. Like, what do you enjoy most about eating, the fact that it’s necessary to nourish your body or that it can taste so amazingly good or that we often make it a social bonding experience or that we can do it in so many different and wonderful ways? Yeah, that’s like enjoying writing. It’s almost too big a question.

I really like telling stories. And while a story might have a theme or even, occasionally, a message, the story is the point. No message will be carried well by a lame story. But a good story is self-sufficient and can, if it needs to, convey a message.

What worries you about writing?

Sometimes I worry that people read into stories and make judgments which might not be valid.

Obviously if a character says something racist or sexist, that’s the character’s view, and not the author’s view. That’s an easier concept to defend, especially if it’s a villain talking. But sometimes literary critiquing gets overambitious and generalizes. Someone might point out that I have a villainous activist in this story, for example, and that means I am opposed to animal welfare. But animals are both my profession and my hobby, I love them and I want them to be happy and healthy! You can’t connect a line from a single point. But the internet is good at reacting.

What age did you start writing stories/poems?

I know I had a collection of hand-written tales by eight or nine, but I can’t be certain when I actually started writing. I wrote a lot during class in middle and high school; it was more interesting than algebra. Though I recall those stories now and laugh at how dreadful they are even just in memory. I’m scared to rummage through and see if I still have those notebooks – they’re probably even worse in reality!

Where do you get your ideas?

The better question for writers might be, how do you avoid being overwhelmed by the onslaught of ideas? I don’t think I’ve ever known a serious writer who complained for lack of ideas.

Story germs are everywhere. As I said, the inspiration for “Sanctuary” came from a work conference. A single photograph I took at a ruined Roman bath added about 150,000 words to my epic fantasy series in progress. An interesting factoid about the disgrace and ruin of a 15th century Islamic general, picked up fifteen years ago as I was researching something else, popped up in my head last year as a historical fantasy short.

Is there one subject you would never write about as an author? What is it?

Wow. Um, never is a really big word, so I really can’t think of one. 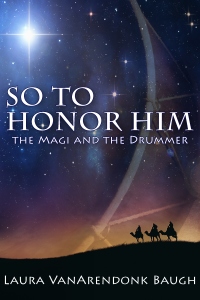 What book are you reading now?

I’ve actually just started a non-fiction book my sister gave me for my birthday, an overview of influential and/or maligned women in history called Bad Girls. I pull a lot of starting ideas from history, so I really like nerdy stuff. Plus, I like women who accomplish things.

Yes. I’m self-employed as an animal trainer, so it’s an easy leap to be self-employed in writing, too. Though I have to say, since self-employment is typically described as “twice the hours for half the wages,” doing it double is not necessarily smart!

Do you nibble as you write? If so what’s your favorite snack food?

Oh gosh yes. Dark chocolate is my writing vice of choice. If I’m pretending to be healthy, it’s dark chocolate covered almonds, though I will happily accept other options.

Where do you see yourself in ten years?

On social media, be yourself and be interesting. (No, those aren’t incompatible, because you’re a writer. If your writing is interesting, your talk about it and yourself should be interesting.) If your Twitter feed is nothing but book-spam, I’m quitting you so hard. But if you are an interesting person, I’ll probably be interested in what you write.

When you do talk about your book, tell me what makes it interesting. Dark lord, artefact, star-crossed lovers, I see a dozen of those at a glance. Even if your book has one or several of those – nothing is wholly original! — tell me why I should read yours over the others.

What genre is your next project? What is it about?

I have too many “next projects”! It’s a very bad personal weakness.

I have an epic fantasy series I’ve been writing for over a decade which hasn’t been published yet. I hope to get it into the light of day in the next year.

I have a fantasy serial for which I likewise haven’t started release yet, because I knew my schedule would be unreliable. I’m having a lot of fun with it, though; it’s alternately funny and gritty and traditional high fantasy and your favorite anime.

And then I have a couple of short stories which I’ll be sending out soon, including my first science fantasy. Fingers crossed.

Laura VanArendonk Baugh was born at a very early age and never looked back. She overcame her childhood deficiencies of having been born without teeth and unable to walk, and by the time she matured into a recognizable adult she’d become a behavior analyst, a costumer/cosplayer, a chocolate addict, and a fiction and non-fiction writer.