As writers we want to grip our readers from that all important first line. It is not an easy task and can consume our thoughts for days, weeks or even months.

Today I want to share some of my first lines: 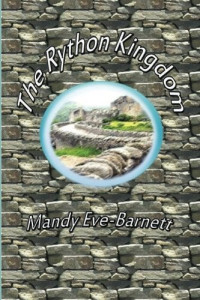 The Rython Kingdom. A romantic adventure set in medieval England.

Guillem smiled at the group of children running beside his horse as he rode toward the castle’s drawbridge. Dirty and barefooted, these youngsters would not be lucky enough to hear his newest tale, first hand. That pleasure would be for the inner court alone. It was a strange and most complex tale and all the more mysterious for being made of a dream.

I have introduced the protagonist, where he is and the source of the story’s basis. 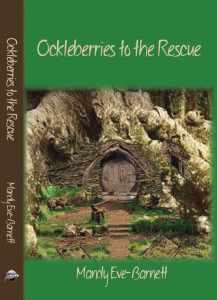 Ockleberries to the Rescue. A children’s chapter book telling the story of magical woodland sprites and their forest animal friends.

Curled into a ball with his bushy red tail across his snout, Swift twitched in his sleep. He helped Tansy the previous evening by dashing to the aid of a rabbit. Now his mind replayed his hurried course through the forest to the sprites home.

Again I have the main characters, their home and their a hint of their adventures.

Working on first lines takes effort and we change them time and again. This is true of my latest novel, Life in Slake Patch. It has been revisited many times in the 10 years since I began writing. It was my first NaNoWriMo and the most I had written up t that point. This year I promised myself I would complete it.

Life in Slake Patch. A speculative fiction novel of a matriarchy world and one young man’s journey that changes everything.

Jacob’s persuasion for me to look at an extraordinary book had gotten the better of my curiosity. He led the way down the steps into the old library basement. The building, whose very structure of stone blocks was in stark contrast to our log buildings, stood as a relic of a world before the Grand War.

We understand this is not the present age and two people are gripped in a a secret together.

My next book will be launched on 1st October at a local event called Words in the Park.
Clickety Click. A YA adventure mystery of a young girl who discovers a huge secret, which has astonishing changes for her and those around her.

Its eyes widened as it grew closer and closer to her face. Alice was paralyzed with fear, clutching her bedcovers with white knuckled fingers. The creature’s mauve skin glistened with slime and drops fell onto its spindly pointed claws. Alice opened and closed her mouth willing her voice to sound in the dark bedroom. The claws clicked together as the monster’s jaw opened. Click. Click. Clickety-click.

I have introduced Alice, my protagonist and the cause of her terror.

I read a multiple of genres but some of my favorite first lines are:

The Forgotten Garden by Kate Morton

It was dark where she was crouched but the little girl did as she’d been told. The lady said to wait, it wasn’t safe yet, they had to be quiet as larder mice.

As he looked for the bones of his long-dead wife, old Ferney came close to death. Caught in the traffic jam that resulted, Gally Martin’s life changed.

The Map of Time by Felix de Palma

Andrew Harrington would have gladly died several times over if that meant not having to choose just one pistol among his father’s vast collection in the living room cabinet. Decisions had never been Andrew’s strong point.

The Lovely Bones by Alice Seebold

My name is Salmon, like the fish; first name, Susie. I was fourteen when I was murdered on December 6, 1973.

Today I’m five, I was four last night going to sleep in Wardrobe, but when I wake up in Bed in the dark I’m changed to five, abracadabra.

I could fill this post with Stephen King first lines, as you all know he is my hero.

It by Stephen King

“The terror, which would not end for another twenty-eight years—if it ever did end—began, so far as I know or can tell, with a boat made from a sheet of newspaper floating down a gutter swollen with rain.”
Cell by Stephen King

“The event that came to be known as The Pulse began at 3:03 p.m., eastern standard time, on the afternoon of October 1.”

What are your favorite first lines?

Do you re-write your first lines over and over?