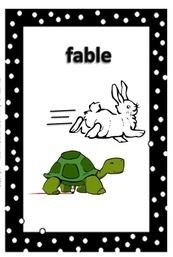 A Fable is a story about supernatural or extraordinary people usually in the form of narration that demonstrates a useful truth. In Fables, animals often speak as humans that are legendary and supernatural tales. A literary genre: a succinct fictional story, in prose or verse, that features animals, legendary creatures, plants, inanimate objects, or forces of nature that are  anthropomorphized (given human qualities, such as the ability to speak human language and that illustrates or leads to a particular moral lesson (a “moral”), which may at the end be added explicitly as a pithy maxim.

A person who writes fables is a fabulist.

The most famous fables are those of Aesop. Many of us were read these tales as children and they are still read to children today, in fact the moral’s within the stories are timeless.

Other cultures have there own fables, such as Africa’s oral culture with it’s rich story-telling tradition. India also has a rich tradition of fabulous novels, mostly explainable by the fact that the culture derives traditions and learns qualities from natural elements. In Europe fables has a further long tradition through the Middle Ages, and became part of European high literature. Unfortunately, in modern times while the fable has been trivialized in children’s books, it has also been fully adapted to modern adult literature.

My children’s chapter book, Ockleberries to the Rescue has magic woodland sprites helping their forest friends and they ‘talk’ to each other. The morals are that we need to care for each other and the environment. 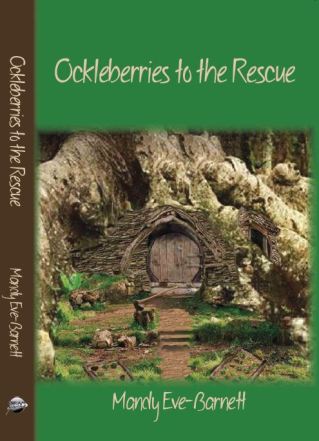 Have you written a story with a moral? Care to share?