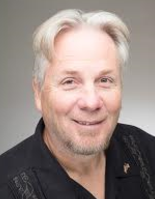 1.      Does writing energize or exhaust you?
When I’m in the zone I can go all day long and stay focused and energized. I’m even manic sometimes if you ask my wife Ginger. Then I crash. When I’m agonizing over some plot point, character, twist, nagging and elusive detail or whatever, that is exhausting, and I can slowly slip into madness (to quote the Grinch).

2.      What is your writing Kryptonite?
Thankless, petty BS piling up that I don’t want to do and that sucks up my precious time. Any kind of paperwork or forms or the like. These things put me in a bad mood and I can’t write when I’m in a bad mood.

4.      What other authors are you friends with, and how do they help you become a better writer?
David Willson, my mentor, Vietnam veteran and author of the REMF series (REMF Diary, REMF Returns, In the Army Now). I met David when I started teaching after graduate school in 1993. His encouragement, honesty, attention to the details of quotidian life, sardonic wit, and dark Nordic sense of humor have influenced my writing heavily.

Dr. Gary Hess, my doctoral committee chair and author of many fine history books (The United States at War, 1941-1945, Vietnam: Explaining America’s Los War, Presidential Decisions for War: Korea, Vietnam, the Persian Gulf, and Iraq). Gary has impressed me with the volume of his work, the detail and scope of his historical analyses, work ethic, kindness, and service to his community.

Neil H. Weiss, another mentor. Neil helped me learn how to write plays. He is an accomplished screenwriter, television writer, and director. Neil has pushed me to be the best I can be and will not accept anything else other than your best. He is a hard-driver and does not mince words or waste any time.

Jose Cruz Gonzalez, another mentor. Jose writes plays for young audiences (The Astronaut Farmworker, Tomas and the Library Lady). He inspired me and taught me to write through mystical expression and the exercise of capturing butterflies. He is a kind and gentle human being with a heart of gold. 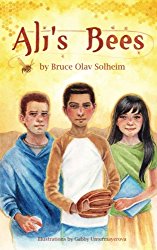 5.      Do you want each book to stand alone, or are you trying to build a body of work with connections between each book?

I write books, plays, poetry, and songs. They largely stand alone, but there is a common theme in all my written works: find the hero within and make strong choices in your life. We are the heroes of our own life stories. I’ve written about a diverse selection of characters from a gay combat soldier in Vietnam (The Bronze Star) to a 13-year-old refugee boy dealing with Islamophobia in East Los Angeles (Ali’s Bees), from a timid school teacher who finds her inner strength and becomes an anti-Nazi resistance fighter in occupied Norway (The Epiphany), to a wounded Civil War veteran who goes west to find his runaway wife and search for gold, only to find himself and recover his lost soul (Tough Trip Through Hell, a play based on David Willson’s unpublished novel). Most of my written work deals with the impact of war on people and on society. The settings range from the Old West to occupied Norway in World War II to a post-apocalyptic Earth ruled by wandering bands of mutants. My non-fiction books range from foreign policy in the Nordic Region to women leaders to the Vietnam War to a new take on modern American history since the Civil War. They all focus on the individual and how people who make brave and strong choices make our world better and lead the way in search of truth and meaning. My latest work includes illustrations. Gary Dumm, of American Splendor fame, illustrated 12 comic book pages for my anti-textbook (Making History: A Personal Approach to Modern American History) and will illustrate my two paranormal books (Timeless: A Paranormal Personal History and Timeless II). Gabby Untermayerova illustrated my fiction book for middle grade readers. “You can do anything with words and pictures,” as Harvey Pekar once said.

6.      What was the best money you ever spent as a writer?
Copy editing, line-editing, and more editing. Also, illustrations by inspiring and amazing artists.

7.      What was an early experience where you learned that language had power?
I grew up with two languages, Norwegian and English. Because my father could not write in English, I would write letters for him. Actually, I would type letters for him. This started when I was nine years old. I was fascinated by typewriters and books. I loved listening to my dad’s stories of his sailing days in the 1930’s and of the Nazi occupation. I began writing stories at age 10 and have never stopped writing. I wrote short stories, screenplays, poems, and illustrated and wrote comic books (nothing published). I had a short-lived comic strip (Snark: A Space Tragedy) in my school paper at Montana Tech. I published my first book in 1994 and had my first play produced in 2012. Now I’ve written seven books and eight plays. When I visit Norway, I speak Norwegian and it’s almost as if I’m a different person, or maybe a more complete person. My friend Neil said that I’m like a gate that swings between the United States and Norway. That is powerful.

8.      What’s your favorite under-appreciated novel?
David Willson REMF Diary. David has captured what it is like to be a file clerk in the middle of a war. The great majority of veterans do not see any combat, but that literature is rather thin. David Willson’s REMF Diary set the bar for all others.

9.      As a writer, what would you choose as your mascot/avatar/spirit animal?
Lion. When I was a kid I watched a Daktari on TV. Clarence the cross-eyed lion was a regular.

10.  How many unpublished and half-finished books do you have?
Two books. Three unfinished plays.

12.  What kind of research do you do, and how long do you spend researching before beginning a book?
Oral interviews, correspondence, networking, and online archival research. I start as soon as I get an idea and write as I research. “Time’s a wasting.”

14.  How do you select the names of your characters?
The sound of the name, the interesting people whom I have met who have similar names, and historical figures.

15.  What was your hardest scene to write?

The first one and the last one. If you mess up either one, the book is ruined. In fact, the first sentence and the last one, are the hardest to write and can also mess up your work. Start strong and finish strong. 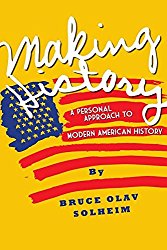 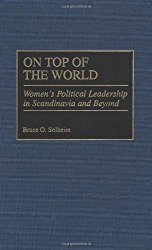 16.  Why did you choose to write in your particular field or genre?  If you write more than one, how do you balance them?

I have a Ph.D. in History so naturally I have written historical non-fiction. My theatrical plays are usually historically-based and then fictionalized, but I’ve broken away from that with certain issues that interest me or problems that I see not being given enough attention. I wrote my first fiction novel just recently. It was geared for middle grade readers and above and it began as a play. My latest play is a sci-fi rock opera set in a post-apocalyptic Earth (Timothy). I feel compelled to write something based on what possesses me. Sometimes the idea is a sudden burst and sometimes it is a slow burning compulsion. I don’t attempt to balance anything, it just happens.

Good food, Ginger (my wife and muse), music of all kinds, my children and grandchild, a thought-provoking book or film, animals, Northern Norway, and a righteous cause.

I get up earlier than anyone else. The early bird gets the worm. I don’t like downtime, so I fill my day here and there with research or writing.

20.   What projects are you working on at the present?

I’m working with my friend Carsten Dau on a rock opera based loosely on Timothy Leary but set in the post-apocalyptic future. I’m finishing up Timeless and have already started Timeless II. The premise of my paranormal books is that science has already found evidence for the paranormal and we all experience these phenomena, but many people are afraid to acknowledge their experiences. I’m not afraid, and I encourage others to come forward. As I always say, “it is not that I believe in ghosts, it’s that they believe in me, so I don’t have a choice.” As I write these words I have just started a thriller set in the near future in the Nordic region (written in Norwegian).

21.   What do your plans for future projects include?

More plays, getting my other plays fully produced, more paranormal personal history books, and responding to the next question in life. I also don’t rule out some type of interplanetary travel, as long as I can fly first class. Coach is rough enough as it is here on Earth.

Bruce Olav Solheim was born on September 3, 1958, in Seattle, Washington, to hard-working Norwegian immigrant parents, Asbjørn and Olaug Solheim. Bruce was the first person in his family to go to college. He served for six years in the US Army as a jail guard and later as a helicopter pilot. He earned his PhD in history from Bowling Green State University in 1993.

Bruce is currently a distinguished professor of history at Citrus College in Glendora, California. He also served as a Fulbright professor in 2003 at the University of Tromsø in northern Norway.

Bruce founded the Veterans Program at Citrus College and cofounded, with Manuel Martinez and Ginger De Villa-Rose, the Boots to Books transition course—the first college course in the United States designed specifically for recently returned veterans. He has published five books and has written seven plays, two of which have been produced.

Bruce is married to Ginger, the girl of his dreams, who is a professional helicopter pilot and certified flight instructor. He has been blessed with four wonderful children: Bjørn, Byron, Caitlin, and Leif. He also has a precious grandson, Liam. Bruce, his brother, and his two nephews still own the family home in Åse, Norway, two hundred miles above the Arctic Circle.