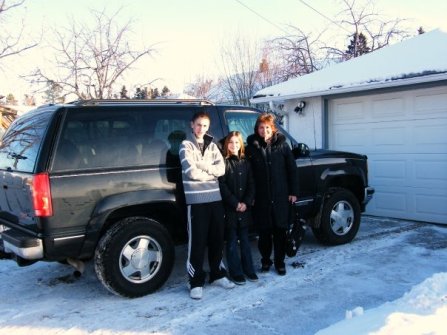 When we first came to Canada it was a trial run over Christmas – not the time you would think is best to get an idea of the country. However, we were thinking of moving to Alberta, where the winter’s are harsh and temperatures drop to ridiculous lows -40 at times. Yes you read that right!

So why come in winter? Because we thought if we came in the most harrowing season and liked it then the rest of the year would be a breeze. Little did we know. The decision was made and we immigrated – there were many obstacles to overcome, too many to go through here that’s for sure – but we arrived in September 2007.

My first morning the sun was shining, the leaves were golden and there wasn’t a cloud in the sky. If you have ever been to England we always have clouds. Then the next day it was the same, and the next. It was unusual to me but also pleasing. By the beginning of October we saw our first snow and it was a novelty. Big piles of snow (at that time) were rare in England so we took advantage of all the winter themed activities available. It was fun but as the years passed and the snow came early and stayed, the novelty soon wore off. Vacationing in a winter wonderland is very different to living in one – that was our lesson learned.

There are so few green trees during the greyness of winter and that is what I miss the most. The green lushness year round of England. Albertan seasons are not like ‘home’ – spring is almost an overnight experience – a faint green flush one morning and then the grey sticks of winter suddenly become vibrant emerald and lime green. Summer creeps in and heats up the land in some cases +40 (yes it is a land of extremes). Then fall (autumn to my English friends) comes turning gold and red but only staying for a brief while before the leaves drop.

The snow arrives normally before Halloween and leaves sometime in April or even May – it is a winter gripped land for a long time and we have to live with it. There are many devices that make the winter’s easier – winter tires (tyres), auto-start for the vehicles, so you can warm it up before getting in, in-door shopping malls, winter sports and events, fire pits and Jacuzzi’s.

It has been an adjustment for us all and over time we have found ways of coping but we all wish for one more day without snow! We know it is coming and cherish the time without. 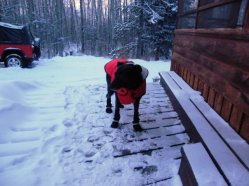