Who recognizes this grumpy character? He optimizes grumpiness. Snow White and the Seven Dwarfs was released in 1937 and was the first full-length animated feature film to be made in Technicolor. It was actually based on “Snow White” published by The Brothers Grimm in 1812 in the first edition of their collection Grimms’ Fairy Tales. The German title was Sneewittchen but numbered as Tale 53. The Grimms completed their final revision of the story in 1854. An interesting fact is that the dwarfs were given names in the Broadway play in 1912 even though in Grimm’s version they did not have names at all. These names changed for the 1937 movie. The 1912 names were Blick, Flick, Glick, Plick, Quee, Snick and Whick changing to Bashful, Doc, Dopey, Grumpy, Happy, Sleepy and Sneezy in 1937.  Whose is/was your favorite? 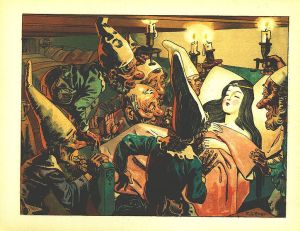 Have you written a cantankerous character? Did you have any difficulties writing them?