The Rainbow Family of Living Light (also known as the Rainbow Family) is actually a group of individuals committed to non-violence and egalitarianism, or in other words want everyone to be equal in social status and worth. The group hold Rainbow Gatherings which are peaceful assemblies and events for free speech.

Formed by Barry “Plunker” Adams, known for his book Where Have All the Flower Children Gone and Garrick Beck, son of the the founder of The Living Theater. These young men were inspired by the Vortex I gathering in Oregan in 1970 and the first Woodstock Festival. Their first Rainbow Family Gathering was held in 1972 at Strawberry Lake, Colorado.

Nowadays, the gatherings are held throughout the year either in the United States or in dozens of countries around the world as national or regional events. As the gatherings are non-commercial, attendees participate peacefully for approximately a week. The primary focus is on World Peace and the week is full of prayers, mediation and observation of silence for global peace. In the US the meetings are on 4th July but in other countries they can last a month between new and full moons emphasizing spiritual focus on unity, love and peace.

Common interests for people that attend are New Age spirituality and entheogens, intentional communities and ecology. Attendees use ‘sibling’, ‘brother’ or ‘sister’ to refer to each other. Group meetings are used for decisions and general consensus for groups wanting to attend. Money exchange is frowned upon in favor of bartering. There is no organization or leaders just a common goal for peace and love on Earth.

There have been controversies and claims of The Rainbow Family Gatherings being unfavorable to the areas they attend and to indigenous peoples heritage. Any alternative lifestyle attracts public skepticism or even authority intervention. 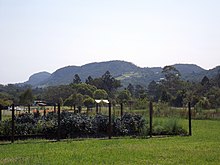