Horror is a genre of fiction, of which, the defining trait is to provoke a response; either emotional, psychological or physical, within readers that causes them to react with fear, dread, disgust, or is frightfully shocking, terrifying, or revolting and even startles it’s readers with the text.

This genre has ancient origins with roots in folklore and religious traditions, which focused on death, the afterlife, evil, the demonic and also a ‘thing’ embodied in the person. This manifested as stories of witchcraft, vampires, werewolves, and ghosts.

Much of horror fiction derived itself from the cruelest faces in world history, particularly those who lived in the fifteenth-century. “Dracula” can be traced to the Prince of Wallachia Vlad III, whose alleged war crimes were published in German pamphlets in the late Fifteenth Century and resulted in stories of horrifying detail.

After the Gothic tradition blossomed the genre became the horror literature we now know in the 19th century. Influential works and characters still continue to resonate, such as Brother’s Grimm and Hansel & Gretel (1812) and of course Frankenstein (1818) and The Legend of Sleepy Hollow. (1820)

Cheap periodicals became prolific at the turn of the century, leading to a boom in horror writing. Horror writers of the time included H.P. Lovecraft pioneering cosmic horror and M.R. James redefining the ghost story. Also the serial murderer became a recurring theme.

As most of you know Stephen King is my hero and it is the best-known contemporary horror writer. His stories have delighted and frightened many of us for decades, from Carrie to Sleeping Beauties and all those tales in-between.

I have to admit as a prolific reader of Mr. King, I am wary of ever writing a horror story because I don’t think I can measure up to his expertise.

Do you write horror? What theme do you favor?

What horror writers/books have you read and ‘enjoyed’?

As many of you know I am a great fan of Stephen King, so scary stories are part of my every day reading. However, there are a number of other novelists that might peak your interest (or not!)

Which ones would you buy?

Have you read any of them? Care to share your thoughts?

It is interesting how different things scare different people. As a young single woman I identified with the poor rabid dog in Cujo but decades later as a mother, my fear was for the child. Perspective changes everything, even our fears.

After I had my children my recurrent nightmare was being buried in an avalanche with them – odd as at that time I lived in England so no fear of an avalanche at all. Now I live in Canada it would make more sense – but that’s dreams for you. As a young child my recurrent nightmare was being impaled on a rhinoceros’ horn and it running through a marquee full of people enjoying a party. (I was born in South Africa, so maybe this was a deeply subconscious fear). It took decades before I could even look at a rhino on the TV let alone in the flesh. Until, that is my daughter asked me to touch one. That broke the fear spell. 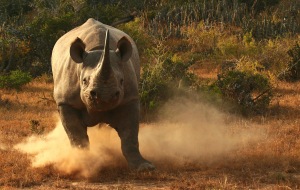 What are your fears? Do they carry over from childhood? Have they changed?

Transgress – definition: 1) to go beyond the limits set by law : violate 2) to pass beyond or go over a limit or boundary; 3) to violate a command or law

In a normal social  environment going beyond acceptable limits is either frowned upon or punished depending on the situation. However, its not such a bad thing for a writer to push the limits. Our imaginations make anything possible. We can even set our own limits in our created worlds. A being with no emotion, such as a vulcan would not think twice about the slaying of another being – as long as it was the logical action in that situation. In the mind of a twisted villian they would view their actions as sanctioned or required within their madness.  While a victim could act violently in self defense and be seen as a hero. Both characters have killed but we view the acts differently.

As always it is a question of perspective. Something I have pressed upon my children. When I was told ‘but I was alright Mum’ – my counter comment is ‘from your point of view, yes you were fine but from mine I imagined you dead in a ditch’. It seemed to do the trick as they are both very good at texting me to let me know where they are and how they are. Yes I admit I have a ‘worse case scenario’ mindset, maybe it’s the writer in me or just the normal motherly instincts for her cubs.

The first time I was consciously aware of the strength of perspective was when I re-read Cujo by Stephen King. The first time I was a ‘live life to the fullest’ single and felt sorry for the poor dog. The second read, I was a mother and sympathised with the poor woman and child. Two opposing views for the exact same story.

Which brings me to ponder when we are creating characters and situations should we endeavor to tailor make the story to appeal to more than one demographic?  For example my novel, Life in Slake Patch is from the viewpoint of a young man realising the way of life unchanged for generations could be a great deal better from his perspective. However, it also shows the hierarchy and why that way of life was structured in the first place. In essence, Evan wants more than only one day to visit his new bride and not to live in a male only compound, while the all female hierarchy has made those exact laws to safe guard from another world war.

When you study your stories can you identify this type of duality?