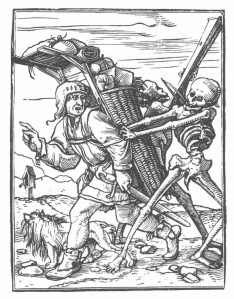 Base instincts are difficult to confront at the best of times. Unfortunately, we are bombarded with gruesome scenes on the daily news ranging from senseless bombings to murders and violent acts between people. Have we really evolved from caveman mentality? On a global scale, countries are grabbing resources from each other and stock piling weapons – usually in secret or so they think! On a lower level violence has become lessened in its impact with a multitude of games and movies favoring violent acts as the main theme.

How can we teach future generations that there are consequences to such acts when they only see a player resurrected and literally get away with murder? Can we ‘unlearn’ this ‘need’ for violence? Is it possible to show real consequences and ensure our youngsters understand it is make believe unless, sadly the images are on news programs?

Have you written lurid scenes for a novel or story? Care to share? How did you balance the good and evil? Did you become uneasy with the character?

William, a character in my novel, The Twesome Loop, has bizarre sexual practices and I had to think outside my comfort zone for his motivations and desires. Sinking into such a mindset is disturbing to say the least but William had to be true to his personality. His accomplice shares his desires (or claims to!) and supplies William with victims thereby releasing herself from being subjected to his debauchery. Once I had structured William’s base instincts, I was asked what his redeeming quality was. Honestly, I had not thought it mattered if he had one or not, but no-one is all bad. So I had to create a feasible reason for his adult actions. I will not spoil the story by revealing what it was but my fellow writing group members thought it clever and believable.