I enjoy celebrating Canada Day as it is my new homeland. We are lucky to have a deck overlooking part of the parade route so can sit in comfort and watch it drive past. Canada is a young country, becoming the Dominion of Canada on July 1, 1867. This is in direct contrast to my former homeland, Britain which was founded a lot earlier.

I do miss the history and pageantry as well as the ancient sites, historical houses and castles but have been fortunate to have traveled quite a lot of the province’s of Alberta and British Columbia by way of road trips. When I first came to Canada, I had no real sense of the vastness of the continent until someone showed me this view of the whole of Britain easily fitting into Alberta. This is just one province of ten! 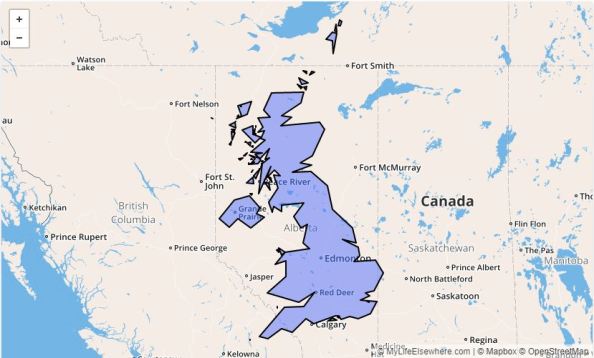 I have seen wildlife and plants I would never have observed, spectacular scenery and many objects purportedly to be the largest! Here are some of them. 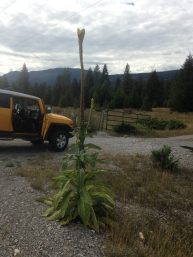 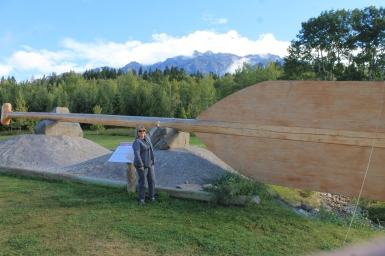 I also ‘discovered’ a passion for writing in Canada, which may never have been part of my life elsewhere. It was a happy accident walking into that first sharing meeting of the Writers Foundation of Strathcona County in 2009. Not only do I have something that interests and absorbs me but it has also given me some incredible friendships. I am making up for ‘lost’ time publishing (to date) seven books, with several in the pipeline but it is the process of creating that engages me and having the opportunity to share my stories.

Here’s to many more years discovering this country, writing stories and enjoying family and friends.

Acclimatize – definition: to adapt oneself to one’s surroundings, environment, or climate

Most of us are familiar with how animal species have adapted to their environments. As a David Attenborough fan, I have watched numerous programs where he has shown these in glorious color. I will not go into the hundreds of adaptations here but this link is a great source of information, if you are interested. http://www.bbc.co.uk/nature/adaptations

It is the adaptations of the human species, which concerns me. Earlier civilizations lived with their surroundings and maintained the natural balance. As humans developed and formed larger and larger groups, this changed and we began manipulating our surroundings to suit us. Areas of the planet previously uninhabited due to the climate or conditions were invaded and structures built to accommodate. Resources were, and still are, ravaged. Vast areas of the planet are now under concrete and this ‘invasion’ is still going on.

Humans adapt their environment in any way they can. From the sewing of furs, inventing shoes, discovering how to shear sheep to make wool for weaving clothing, taming fire, domesticating animals, and inventing agriculture, there has been an explosion of adaptations. Also housing became more and more sophisticated from caves to mud huts to brick buildings and wooden structures with insulation. Another discovery was herbs and how they could be used either for culinary or medicinal uses, and which were poisonous. Tools have developed and improved from split rocks with sharp edges to battery powered tools for every aspect of building. Yes, we are a ‘clever’ animal but at what cost?

Unfortunately, this behavior is continuing even though there is scientific proof that human impact on the planet and its inhabitants is destroying the only ‘home’ we have. Obviously, we can not unlearn our inventions and expectations for ourselves – everyone wants a nice home to live in and easy access to food and clothing.

What is the answer? That is the billion dollar question!

What came to your mind with today’s word? I suppose it depends on which continent you live on. Now I live in Canada I have come across skunks and found that even in death they are really smelly! Driving or walking along a road or path you are aware of a skunk long before you see it. Normally it is in retreat and you only glimpse that tell-tale black and white tail held high. 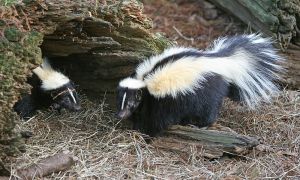 However, when I resided in England our smelly critters were much smaller. These little living jewels come in many colors. With a daughter,who loved any creepy crawly from the time she could crawl, I have come to appreciate the tiny creatures often overlooked. If handled roughly they will squirt a noxious smelling liquid which is so horrid birds will drop them immediately. I love the patterns and colors. 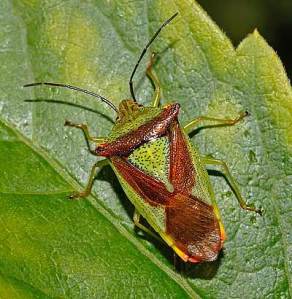 What ‘smelly’ critters are common to your home?

Just for fun here is a list of the top seven – http://www.environmentalgraffiti.com/ecology/the-seven-smelliest-creatures-in-the-world/904