Apart from my regular meeting with a freelance client this week and continuing with the writing involved, I will hopefully have time to relax after last week’s insane round of events. Downtime is important for us all to refresh and center our minds.

What have you got on your calendar for this week?

Please come out and share your words at Nook Cafe! We are here every Tuesday from 7PM to 9PM. Poets may sign up to read at the start of the night with the host. Newcomers encouraged and welcome!

What local events do you have coming up this week?

My upcoming events are numerous this week.
Tuesday is my Writers Foundation AGM – so as secretary I am compiling the agenda, and will take the minutes.
Wednesday I am excited to join several other great authors for a book signing and reading. Audreys Books, 10702 Jasper Ave, Edmonton, AB T5J 3J5  Please come down for hot & spicy and romantic readings and lots of treats!

Thursday evening I will have my President hat on for the Arts & Culture Council Board meeting and on Friday another meeting with my freelance client for the ghost writing project.
In all a super busy week but fun all the same.
What are you up to this week?
Other events: 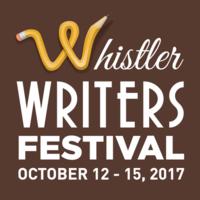 Family festival Celebrating Stories is back in Milton, ON, on October 15, with Sharon Jennings, Patricia Storms, and Vikki VanSickle.

Well what can I say I am still floating with happiness with the spectacular response to my romance novel, The Twesome Loop on Saturday! Seven books purchased and the prize draw basket won, and the recipient messaged me on Sunday to say they were half way through the book, and enjoying the wine and pasta.

I was certainly happy with how my table display worked out – but am thinking I will need to investigate some sort of shelving system soon. I can’t have three tables!! B the way the artwork is by the owner of Spark Gallery – Glen Roland. His work is spectacular.

With over 30 authors, 9 artisans, musicians, dancers, a clown, a great food truck and more it was a special day all round. It was a great way to celebrate 10 years of Words in the Park.

My next event is this Saturday  I will do a presentation/speech for a local company, Pinebox Funerals at their annual event. This falls under my other writing hat – freelance writer.

Joe Calendino ‘To Hell and Back’ Book Launch

I attended Word on the Street on Saturday in Lethbridge with my publisher, Dream Write Publishing. We arrived rather too early to set up as the organizers were only just putting out the tables and chairs at the time we were informed we could set up. However, it wasn’t long before we saw our allocated tent was ready and we proceeded to arrange our display. There is even a photo of us doing just that! Are we eager or what?

With only room for a selection of Dream Write books (there are nearly 90 titles in total) we arranged the books we had brought and I was allowed to spotlight my romance novel, The Twesome Loop at one end. Unfortunately the weather was not kind as it was really cold so jackets and scarfs remained on almost all day until the afternoon sun showed its face.

My first sale of The Twesome Loop was to a member of the Lethbridge writing group, The Riverbottom Writers. Thank you Amanda! She was rather pleased with my written comment inside her signed copy.

My second sold copy went to Leslie, who is also a Riverbottom Writers member – thank you for supporting my writing.

Next Saturday is Words in the Park in Sherwood Park and it will be the official launch of The Twesome Loop.

I have created a prize basket, which is Italian themed and includes a copy of the novel. I wanted it to be as tempting as possible – note the bottle of red wine & wine glass!

After months of planning everything is ready for the 10th anniversary of Words in the Park, which in an official ‘pop-up’ site for Alberta Culture Days (also celebrating 10 years). We expect a great attendance with 33 authors and 7 artisans displays, discussing and selling their books/crafts. There is also interactive sessions, children’s activities and food to enjoy. http://wfscsherwoodpark.com/words-in-the-park

I have some downtime after this event until 7th October when I will be making a presentation for a local company, Pinebox Funerals at their annual event. This falls under my other writing hat – freelance writer.

This will be followed with an author event on 11th October at Audreys Books, Edmonton.

What events do you have coming up? Why not share them in the comments. Free publicity is never a bad thing!

What literary events are in your area this week?

This week I am organizing myself for Word on the Street in Lethbridge with my publisher, Dream Write Publishing. We have attended this event before in Lethbridge but also Saskatoon, so it will be good to return.
I am hoping the delivery of my new novel, The Twesome Loop makes it in time but if not I can compile order sheets to get signed by interested readers. I will have my other books with me – Rumble’s First Scare, Ockleberries to the Rescue, Clickety Click and The Rython Kingdom.
The trip will begin on Friday so we can have a leisurely drive down, settle into our hotel and relax prior to the setting up the following morning. Another Dream Write author is attending, Guy Chambers, which will be a first for him.
As usual I will utilize the time to write – probably on Sunday prior to returning home and if possibly Friday and Saturday evenings. It depends on what is happening as there is a local writers group, The River Bottom Writers we connected with some time ago. So we may spend time with some of the members.

The Word on the Street Festival comes to Halifax, NS, on Sunday September 16, Lethbridge, AB, on Saturday September 23, Toronto, ON, and Saskatoon, SK, on Sunday, September 24. And Word Vancouver will be taking over that town with events throughout the city from September 19–September 24.

The Telling Tales Festival is back on September 17 in Rockton, ON (near Hamilton), with amazing writers for young people, including Erin Bow, Emma Donoghue, Andrew Larsen, Evan Munday, Itah Sadu, and many others.

Please comment to add your own local events as well.