It is always exciting, as an author, to announce a book launch, an event or a new narrative idea. Today, I can elude to upcoming changes to my current novels.

There will be a new cover for Life in Slake Patch – watch this space for the reveal or subscribe to my newsletter for a special early reveal.

Also, all my current novels will have (if not present already) BOOK CLUB questions added. If you need copies of the questions for your book club, please message me and I am happy to send them to you. I am also available for virtual book club interviews via Zoom or in person locally. I can organize a giveaway to coincide with the event too. Let’s connect – message me on the contact form.

My narratives include feisty heroine’s, as well as great world building, romance, mystery and adventure. Immerse yourself in a time and place of my imagination – you will love it.

You can easily find all my books here: Amazon

Do you have a question about one of my stories? I would love to hear from you. Message me here or on any of my many social media accounts . (Links on the media kit page).


This week’s I’m sharing another story from my Six Weeks, Six Senses writing course. We had to use scent as the main element. Let me know what you think.

An unaccustomed briny aroma invaded Josh’s slumber conjuring up dreams of pirates and tall ships in his mind. A large black bearded captain loomed over him, shouting orders. The pirate’s breath blasted Josh’s face making him reel backwards. It was disgusting, a mixture of rotten teeth, belched stomach contents and rum.

“Get ye up the foremast, boy and be lively about it!”

Afraid of a flogging, Josh ran barefoot on the wooden planked deck, scurrying past burly, unsmiling men. Their rancid sweat emanating from their toiling bodies. Each man busied themselves with their tasks, keeping their heads down low to avoid the captain’s stare or displeasure. The salty air and bracing wind assaulted his face and lungs. At the bottom of the mast, he looked up at the rope rigging and the impossibly high climb to the crow’s nest. The wet ropes had a pungent smell of kerosene. Josh could feel his fear clawing at his stomach. I can’t do it, I just can’t. A huge swell broached the ship’s side tossing men, rigging and barrels across the deck. Briny water and debris crashed onto the wooden planks, adding to the unpleasant smell all around him. Josh stumbled hitting his head. The shock woke him from his dream. Disorientated, thinking the rocking movement underneath him was a figment of his imagination, Josh opened his eyes. Blinking several times, he saw a round porthole and blue sky and splashing water. Am I still dreaming?

A knock on his cabin’s door and his mother’s voice alleviated his bewilderment. We are on a boat, but not a pirate ship. A fresh linen smell replaced the buccaneer odors.

“It’s time to go to the dining room for breakfast, Josh. Are you awake?”

Once he was dressed, Josh slipped on his new dark blue canvas shoes. He smelt the rubber of the sole, the canvas fabric and the waterproofing spray his mother has insisted on applying. He’d picked them especially for the cruise.

The large dining room was filled with wonderful aromas of bacon, toast, coffee, and fruit. A long serving counter held hot plates at one end and chilled bowls at the other. The hot plates sizzled with fatty fragrance. A long line of people stood choosing their preferences to eat. Josh found his mother standing to one side waiting for him.

“There you are. Let’s get in line so we can pick our breakfast, find a seat and eat together.”

Their choices made, Josh and his mother sat near the rear of the room, near the exit. Josh spread golden butter generously on his toast, then opened a strawberry jam jar. The tangy sweetness of the fruit unmistakable at the lid popped open. Next he poured maple syrup over his pancakes, the odour a mix of caramel and toffee. He cut into the pancake pile and added a strip of bacon to his bite. Delicious! The waiter refilled their coffee cups giving rise to a nutty, smoky aroma.

“I’m going to find a nice spot with a deckchair to read. What will you do this morning, Josh?”

“I was going to explore a bit, Mom, as it’s the first time I’ve been on a cruise ship.”

“Well, have fun. We can meet back here at one o’clock for lunch.”

Josh pushed open the heavy metal door; a whiff of grease wrinkled his nose for an instant before the rush of briny air invaded his nostrils. The ship rocked back and forth like a cradle. Josh braced his legs and walked along the deck rails for support. Ahead was the lido deck, filled with the sound of excited voices and splashing. Its faint chlorine smell merging with the stronger brine aroma. He took steps upward and was surprised by a tumbling ball of string heading towards him. He caught it and began winding the loose thread back around the ball. At the top of the stairs, he was met by a beautiful face, a hand grasped to her mouth.

“Oh goodness, I’m so sorry. It just slipped from my hand.”

“No worries. Glad I was there to catch it. It could have rolled straight over the edge into the ocean.”

“That was what I was afraid of. Thank you for rescuing it.”

Josh shrugged and handed the twine to the girl. Her green eyes transfixed him and she smelt so good. It was a heady mixture of citrus and cinnamon.

“Why do you need string for on a cruise, anyway?”

“Oh, well you may think it odd but I use it for macramé. I make wall hangings and wall art out of it.”

“Would you like to see some of the things I’ve made? Only if you have time, I’ve probably stopped you going to do something as it is.”

“Heh, I’m Heather. Come this way. I’m all set up on the viewing deck. Might as well have a great view while I craft eh?”

Josh was impressed with the array of coloured cotton cord; Heather had lain out on two loungers. He could smell a delicate cotton and musky scent as she lifted up an intricate piece.

“That is so cool. Can you show me how you make them?”

Josh and Heather soon became an item and spent many hours together, either exploring the ship and it’s attractions the any port of calls or sitting making macramé. He knew he would get a ribbing from his mates back home but once they saw Heather they’d stop. She was a knock out and smelt so good.

I am also continuing to read Misconduct of the Heart by Cordelia Strube. The writing style is fast paced, full of details, dialogue, internal thought and not a book to relax with. It keeps you on your toes who the protagonist is talking about/to or where/what she is doing.

While pondering which direction I should go with this word, I came across a list of romance books. The amount of novels in this genre is mind blowing, and the list I found is only the best known. Romantic fervor is obviously alive and well. As you can see there are 61 pages with 150 novels on each.

As quoted ‘ According to the Romance Writers of America, “Two basic elements comprise every romance novel: a central love story and an emotionally-satisfying and optimistic ending.” Both the conflict and the climax of the novel should be directly related to that core theme of developing a romantic relationship, although the novel can also contain subplots that do not specifically relate to the main characters’ romantic love. Other definitions of a romance novel may be broader, including other plots and endings or more than two people, or narrower, restricting the types of romances or conflicts.’

My current NaNoWriMo project is a cowgirl romance, a new genre for me and one I am learning about all the time. Working title – Willow Tree Tears – Trinity is a barrel racing champion who meets a gorgeous Italian boot maker. A jealous ranch hand plots to keep her and the ranch as his.

We have to show the two main character’s fervor for each other but along the way create a conflict ensuring the love element is hard won. The romance genre is global as is it’s language as shown here. Have you written romance? What is your experience of this genre? 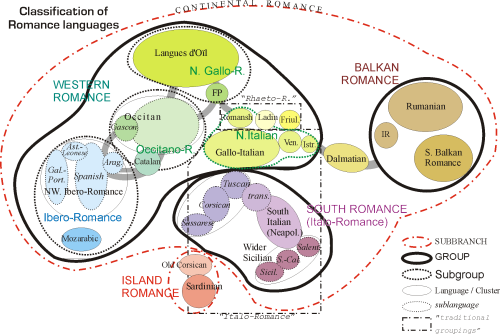