Irrefutable – definition: that cannot be denied, refuted, or disproved 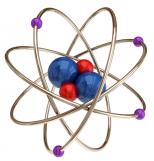 1.  It takes 8 minutes 17 seconds for light to travel from the Sun’s surface to the Earth.

3. Every year over one million earthquakes shake the Earth.

4. When Krakatoa erupted in 1883, its force was so great it could be heard 4,800 kilometres away in Australia.

5. The largest ever hailstone weighed over 1kg and fell in Bangladesh in 1986.

6. Every second around 100 lightning bolts strike the Earth.

7. If you could drive your car straight up you would arrive in space in just over an hour.

9. When a flea jumps, the rate of acceleration is 20 times that of the space shuttle during launch.

10. Micro-organisms have been brought back to life after being frozen in perma-frost for three million years.

11. The molecular structure of DNA was first determined by Watson and Crick in 1953.

13.The tallest tree ever was an Australian eucalyptus – In 1872 it was measured at 435 feet tall.

14.  The wingspan of a Boeing 747 is longer than the Wright brother’s first flight.

16.  An individual blood cell takes about 60 seconds to make a complete circuit of the body.

17.  The fastest speed a falling raindrop can hit you is 18 mph.

18.  Koalas sleep an average of 22 hours a day, two hours more than the sloth.

20. Every hour the Universe expands by a billion miles in all directions.

21. The driest inhabited place in the world is Aswan, Egypt where the annual average rainfall is .02 inches.

22. The largest meteorite craters in the world are in Sudbury, Ontario, canada and in Vredefort, South Africa.

What is your favorite scientific fact? Have you used any in your writing?

The writing life need not be a solitary one anymore. With today’s technology, we have the ability to connect with other writers around the globe. Some may say it is not a ‘real’ connection but as with any relationship, it’s what you put into it that makes the difference. I am a strong believer in ‘sharing’ – hence my bi-line, because I am open to this resource, I have met some wonderful people. Some are at the beginning of their writing life and others established and published.

However, the sheer abundance of web sites can overwhelm us. It is not possible to link to them all without detriment to our craft. The answer? Select sites and blogs that not only appeal to you but have a common thread or instruction to your particular  interest, genre, style, skill level or indeed fancy. With careful selection you will be able to cultivate a rapport with the chosen authors. This in turn grows into a support system. Don’t think that your views or opinions are not worthy because everyone can derive something from them. Fresh eyes can see what experienced ones may overlook.

Careful selection also means you are not overloaded with notifications and a sense of guilt for not commenting or responding. Thus you can balance actual writing time with ‘socializing’. Yes I understand that once you click it is very difficult to leave but leave you must – I have found limiting my time on social media has helped a lot and because I have spent more time writing I feel good about myself and the body of work achieved. Choose your own period of social time and keep to it. Obviously there are exceptions to every rule. If you happen to link up with someone who needs your help or whose help you need then logging off is not productive or well mannered.

My desk calendar word for today is : Endemic. The definition is  1) belonging or native to a country or people  2) characteristic of a certain area, region or environment.

Our writing community makes us all endemic to this ‘world of words’. We may sit at our desks, in a comfy chair or under a tree to write but our characteristic as a ‘weaver of words’ makes us a member of a unique country – even if it is largely in cyber-space. The more we share, support and encourage each other the better our own writing will become – it’s a win, win situation.