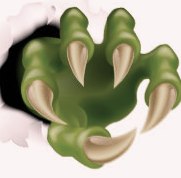 Too hesitant to ask what the King meant by his remark, Alice nodded and smiled. Totoran took Alice’s hand and led her away, calling back to his parents that they would join them later for supper. Escorting Alice along another passageway he turned into a splendid chamber decorated with several battleaxes, a large cloth covering depicting a battle scene and a long low bench. Alice was amazed at the intricate details in the fabric although the scene was rather gory.

“This tapestry was made by my great, great, great grandmother. It is the final battle on our planet before we escaped. It is a reminder of our home and the courageous Griffian’s who tried to defend it. The weapons you see are the only remaining pieces from that battle. We fashion new weapons in their likeness although we use earthly materials, such as iron and steel.”

Totoran smiled and shook his head.

“Not exactly – it is a place of reflection and a reminder of our history.”

“I’m not sure I could be peaceful and reflect with these images, Totoran. The scenes are violent and graphic.”

“Well, yes I can understand that. You are young in your transformation and the collective memoirs have not invaded your mind yet.”

Alice turned from inspecting the tapestry with wide-eyed shock.

“Collective memoirs? What are you saying, Totoran? Will I see this battle somehow?”

“Alice I did not mean to alarm you. I’m so sorry. The images will come gradually just like dreams. You will not be assaulted all at once with the history of our kind. It is a way of passing down our world and accomplishments, generation to generation.”

“Will the dreams be so graphic, horrid? I’m not sure I would call them dreams more like nightmares.”

Totoran rubbed at his chin, deep in thought. When he looked up again, he was smiling.

“I think I know a way of making this history less frightening for you, Alice. Come with me.”

Puzzled at his words but thankful she would have less horrific images to deal with; Alice followed the prince along a corridor which steeply dipped into the mountain. Totoran took her hand as they descended for what felt like a long time, guiding her and ensuring she did not slip on the wet rock surface. Alice guessed after some time that an archway encircled with torches ahead of them was their destination.

“We are now as deep as it is possible to dig, Alice. Here we keep our most precious treasures.”

“Treasurers? How will treasurers help me learn your history with being scared?”

“You will soon see. Come this way.”

Totoran turned to one side and brushed away a heavy cloth from a hidden wooden door. It’s surface was framed and crisscrossed with heavy metal bars.

“Not much could get through this door!”

Totoran took a large key from his belt and turned it in the lock. The heavy mechanism’s clanking echoed along the corridor behind them. As Totoran pushed the door, Alice could see it was over a foot thick and the hinges creaked loudly. She had to blink several times for her eyes to get used to the bright light within the chamber ahead. As her eyes focused she saw several hunched figures sitting around a table lit with dozens of candles and there were even more torches hung on the rock face around them.

“May I introduce you to our most precious treasurers, Alice. These are the elders. They are writing their life stories in intricate detail for future generations.”

Alice was stunned into silence. The Griffians before her were hunched, pale and withered. She whispered.

“Well in human terms several hundred years but Griffian’s live a lot longer than humans. Why don’t you sit, Alice? We shall talk a while.”

Alice followed Totoran’s lead and bowed to the elders one after the other, then sat on a nearby bench beside him.

“We ask your help, great elders. Alice is fearful of the history transfer and its images. Can you relate the past for her?”

The elders turned as one to face the two young Griffians, nodding slowly. One Griffian with steel grey tufts along his back spoke in a low gruff voice. It sounded like pebbles rolling down a wall to Alice.

“Young ones, we have many, many stories of our planet before the destruction. Generations of Griffians enjoyed happy times and abundance on our home world. The battle was but a second in time and not to be dwelled upon for long. We must learn from our mistakes and ensure our kind continue far into the future. What did you wish to know?”

Totoran nodded his encouragement to Alice. Her mind froze. What should she ask first? Gripping her hand gently, Totoran spoke.

“Our young guest has recently transformed and is trying to make sense of her new form. Please forgive her.”

The elders smiled and nodded in unison. The grey tufted one, held his claw out towards Alice.

“We have many stories to tell, my young one. We only want to help. Do not be afraid we are old and harmless.”

“I didn’t mean you to think I was afraid of you, I just have no idea what questions to ask. The tapestry so horrified me and when the prince told me I would have dreams of the battle, I was scared.”

“It is understandable, Alice. Why not ask about something other than the battle?”

Alice’s shoulders dropped showing her relief at the elders offer. After a moment she began to talk. Three hours later, with their stomachs grumbling for food, Totoran and Alice left the elder’s chamber, happy and filled with momentous stories to recite at the supper table.