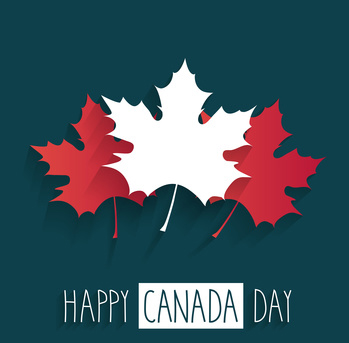 I enjoy celebrating Canada Day as it is my new homeland. We are lucky to have a deck overlooking part of the parade route so can sit in comfort and watch it drive past. Canada is a young country, becoming the Dominion of Canada on July 1, 1867. This is in direct contrast to my former homeland, Britain which was founded a lot earlier.

I do miss the history and pageantry as well as the ancient sites, historical houses and castles but have been fortunate to have traveled quite a lot of the province’s of Alberta and British Columbia by way of road trips. When I first came to Canada, I had no real sense of the vastness of the continent until someone showed me this view of the whole of Britain easily fitting into Alberta. This is just one province of ten!

I have seen wildlife and plants I would never have observed, spectacular scenery and many objects purportedly to be the largest! Here are some of them.

I also ‘discovered’ a passion for writing in Canada, which may never have been part of my life elsewhere. It was a happy accident walking into that first sharing meeting of the Writers Foundation of Strathcona County in 2009. Not only do I have something that interests and absorbs me but it has also given me some incredible friendships. I am making up for ‘lost’ time publishing (to date) seven books, with several in the pipeline but it is the process of creating that engages me and having the opportunity to share my stories.

Here’s to many more years discovering this country, writing stories and enjoying family and friends.