Reincarnation is the belief a soul is reborn time and time again after the body has died. This belief can be traced back to around the 6th century BC, appearing first in primitive Indian religions. In most Western religious denominations it is believed a soul retains its individuality, whereas Eastern religions believe a soul can return as an animal or a plant.

How a person has lived their life determines what their reborn soul will encounter in a subsequent life, according to Buddhism and Hinduism. We know this as Karma, where souls reincarnate over and over until they reach perfection and nirvana. Some Hinduism sects even believe that a bad life of criminal actions, abuse and violence, can see that soul reincarnated as such things as lizards, worms, or even a cacti.

One Kenya tribe, the Kikaya hold the belief that a woman must worship at a place inhabited by their ancestral souls to allow the ancestors to enter them before they can become pregnant.

Christianity, prior to the Emperor Justinian condemnation of reincarnation as heresy in 553 AD did have certain Gnostic sects in the 1st century AD believing in reincarnation.

The belief held is that human beings have a number of aspects or ‘bodies’. Some have temporary aspects or what is known as our personality – the physical body, emotions and the factual mind. Then there is the deeper spiritual aspect, which is known as the more permanent part containing the accumulated results of experiences gained over many lives.

This permanent self is called the soul and continues the journey, the temporary aspects or elements fall away before a soul incarnations again. A new incarnation or birth is molded with mental, emotional and physical matter that will assist in the ‘learning’ process of the soul. Traces of lessons from a previous life will colour our next life, some say deja vu is the echo of previous lives.

Karma or reincarnation is seen as the method of becoming more spiritual, compassionate and wise in many religions. The reward is to progress to the highest level of existence and become one with the universe. 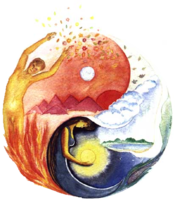 How do you view reincarnation?

Have you experienced deja vu?