Science Fiction is a story based on the impact of potential science, either actual or imagined. It is one of the genres of literature that is set in the future or on other planets. The title is often shortened to SF or sci-fi. This genre typically deals with imaginative concepts, such as futuristic science and technology, space and time travel, even faster than light travel but also parallel universes and extraterrestrial life. The narrative can explore the potential consequences of scientific and innovation ideas developed to extremes.

Science fiction elements can include:

Space opera, which is an adventure science fiction set mainly or entirely in outer space or on sometimes distant planets.

Utopian fiction, which portrays a setting that agrees with an ethos believed by the author of another reality.

Dystopia fiction, a portrayal opposed by the authors ethos.

Time Travel fiction where by utilizing a vehicle of some kind an operator can select a time period and purposefully travel there.

Military science fiction, where there is a conflict between national, interplanetary or interstellar armed forces.

Superhuman stories reflect the emergence of humans with abilities beyond the norm.

Apocalyptic fiction covers the end of civilization through war, while post-apocalyptic deals with the near aftermath of such a war.

Steampunk and dieselpunk, this genres are based on a futuristic technology existing in the past (usually the 19th century) and often set in the English Victorian era. They do contain prominent elements of science fiction through the use of fictional technological inventions.

Cyberpunk and biopunk. This is a reasonably ‘new’ genre emerging in the early 1980’s. It combines cybernetics and punk with a time frame usually in the near-future with dystopian settings.

Have you written a science fiction story/novel? Care to share?

I have a YA novella, Clickety Click that deals with aliens living in secret on Earth. https://www.smashwords.com/books/view/679515  https://www.amazon.ca/Clickety-Click-Mandy-Eve-Barnett/dp/1927510856 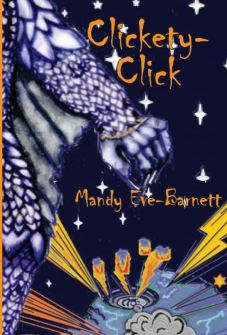 And my latest YA novella, Creature Hunt on Planet Toaria is set on another planet. Launch early 2018.

I also have a steampunk inspired, The Toymaker (7K words) that may become a novella in the future. Time will tell.

Do you try writing in different genres? What has been your experience?