What inspired your latest novel?
It is actually a comic book called Snarc. The character came to me in a dream in 1982. I believe it was initially inspired by an alien abduction experience from my childhood.

How did you come up with the title?
The title and the name of the character is from the dream

Yes, we have to work together to solve our problems because time is running out.

How much of the book is realistic?
Snarc visits various locations in the USA where real life problems are happening (i.e., the border with Mexico).

Are your characters based on someone you know, or events in your own life?
My wife Ginger says that I am Snarc. I pay close attention to what is going on around the country. So, yes.

Where can readers find you on social media and do you have a blog?
No blog, but I am active on FaceBook (https://www.facebook.com/SnarcComic/) and my personal website (http://www.bruceolavsolheim.com) and Twitter (@BruceOSolheim)

Do you have plans or ideas for your next book? Is it a sequel or a stand alone?
Snarc is a comic book series. I have already written enough stories for three more issues.

Of the characters you have created or envisioned, which is your favorite & why?
Snarc is my favorite. He is part human, part alien, all heart. He is learning about the troubles we face as humans from a totally objective viewpoint and with an eye toward helping all of us survive the upcoming calamities.

Do you favor one type of genre or do you dabble in more than one?
I write non-fiction, I write theatre plays, I love writing.

What is your best marketing tip?
I use FaceBook and direct mailers. Old and new.

Do you find social media a great tool or a hindrance?
Definitely a great tool, but don’t forget about the old ways and use those too! 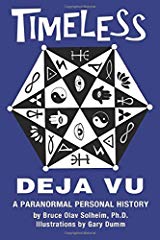 OPTIONAL QUESTIONS
What do you enjoy most about writing?
Writing is life, and I enjoy life.

What age did you start writing stories/poems?
Age 7.

Do you read for pleasure or research or both?
Both, but mostly research.

Where is your favorite writing space?
My home library, my sanctuary.

If you could meet one favorite author, who would it be?
Mark Twain.

If you could live anywhere in the world – where would it be?
Northern Norway.

Do you see writing as a career?
Yes, a second career.

Bruce Olav Solheim was born in Seattle, Washington, to Norwegian immigrant parents. Bruce was the first per­son in his family to go to college. He served for six years in the US Army as a jail guard and later as a warrant officer helicopter pilot, and is a disabled veteran. Bruce earned his Ph.D. in history from Bowling Green State University in 1993. Bruce is a distinguished professor of history at Citrus College in Glendora, California. He was a Fulbright Professor in 2003 at the University of Tromsø in northern Norway. Bruce has published eight books and has written ten plays, two of which have been produced. He is married to Ginger and has four children and a grandson. Bruce has just published his second paranormal book, Timeless Deja Vu: A Paranormal Personal History. Bruce’s mother was psychic and introduced him to the magical realm. His first paranormal experience took place in northern Norway in 1962 when he was four years old. Bruce took a parapsychology class while he was stationed in West Germany in 1979 and has wanted to write about his experiences ever since. He has continued to have paranormal experiences throughout his life and has developed advanced mediumship capabilities. It was only three years ago that Bruce had a spiritual awakening after a vision and communication with his departed close friend Gene that Bruce decided to publish his paranormal stories and overcome his fear of being rejected and ridiculed by his peers and the college administration. Bruce studies quantum theory and has developed a model that may help explain our quantum reality, ghosts, reincarnation, alien contact, and more. He is interested in all esoterica and oddities. Bruce teaches a Paranormal Personal History course at Citrus College and has his own radio program.​ He is also an associate member of the Parapsychological Association.