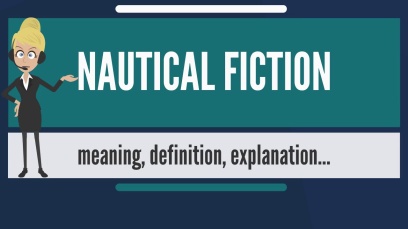 Nautical fiction is also known as naval fiction, sea fiction, naval adventure fiction or maritime fiction with the setting of the narrative on or near the sea. The narratives focus on human relationships with the sea, sea voyages and highlights nautical culture in that environment.

Due to the historical dominance of nautical culture by men, they are generally the central characters, although the exception is ships carrying women passengers. The genre is most often marketed for men and therefore the distinctive themes focus on masculinity, heroism, and the psychological struggles of the individual in the hostile environment of the sea. The emphasis is on adventure, accurate representation of maritime culture, and use of nautical language.

Do you write nautical novels or stories?

Apart from Moby Dick (a story everyone knows), which nautical story is your favorite?